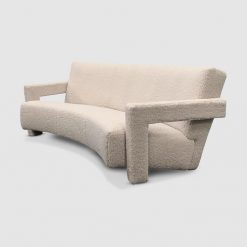 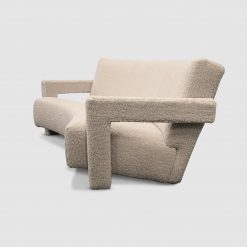 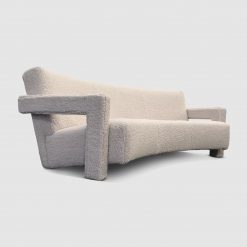 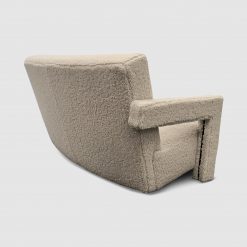 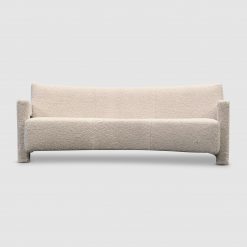 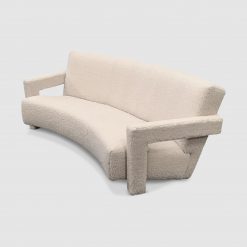 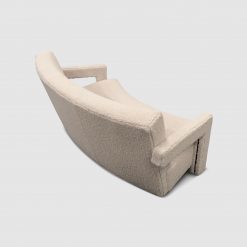 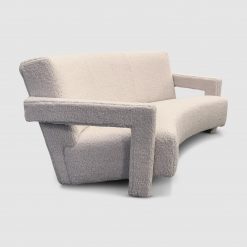 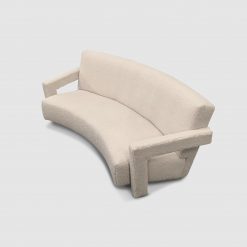 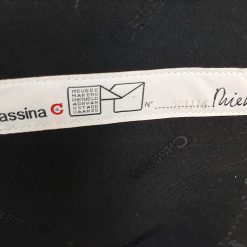 Rietveld “De Stijl” at its best. Beautiful curved 3-seater sofa by Gerrit T. Rietveld, master of the “De Stijl” design movement. The Utrecht sofa  was designed originally in the 1930s by Rietveld for the infamous Dutch warehouse Metz & Co. The sofa had a different model name back then. When designing a mass-producible seat for Metz & Co. Rietveld decided to change his earlier approach. Once again he reduced a chair to its essentials—armrests bent at 90 degrees to form front legs; a seat tilted up, resting its behind directly on the floor. But this time he upholstered the wooden frame, top to bottom, to provide for seating comfort while adding a white stitch to accentuate the clean-lined geometric shape. The sofa was produced in the Netherlands for Metz & Co until the late 30s.

In the end, it was the Italian furniture brand Cassina that acquired the rights to Rietveld’s designs in 1972 and reintroduced the sofa and armchair in 1988, on the centennial of Rietveld’s birth as a hommage to him by naming the sofa after the birthplace of Rietveld (Utrecht).

This specific sofa was bought by the first owner during the early 90s at a Cassina dealer in Paris and has always served in their home. The sofa features a light blue fabric with the matching white stitch, and has serial number 001116.

The sofa will be fully reupholstered in white bouclé fabric. 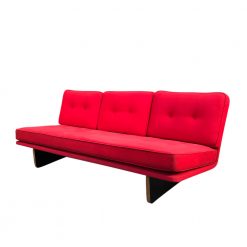 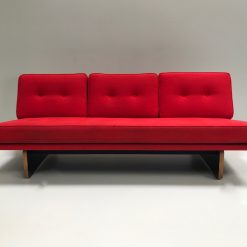 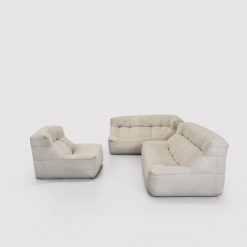 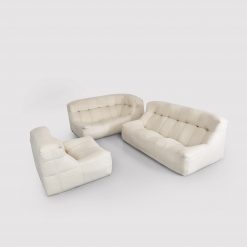 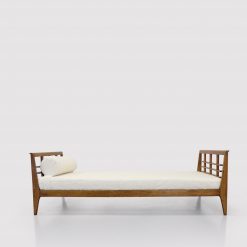 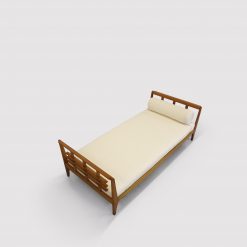 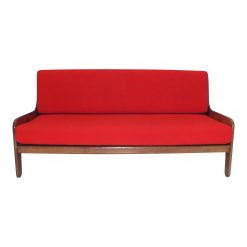 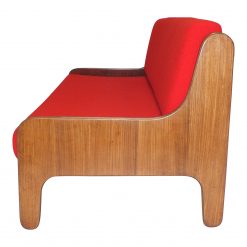 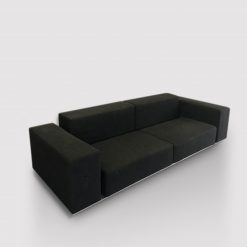 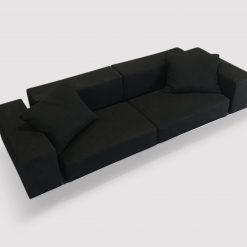 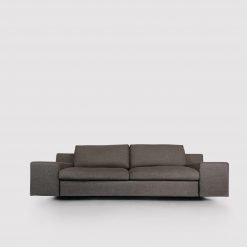 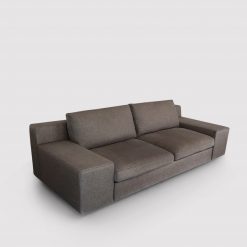 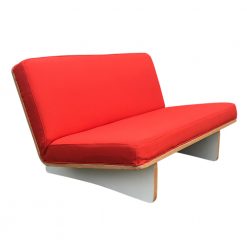 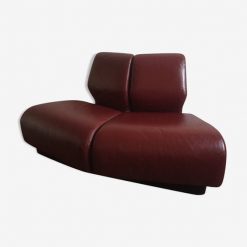