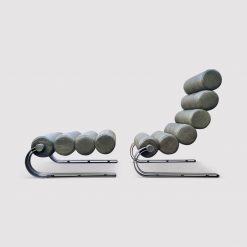 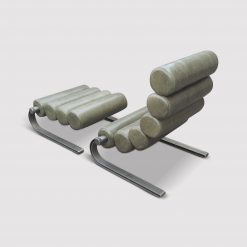 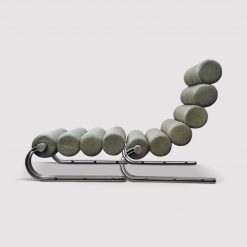 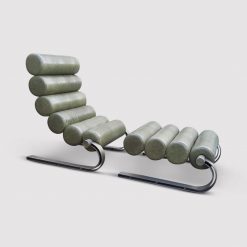 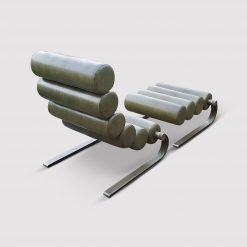 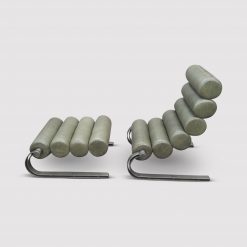 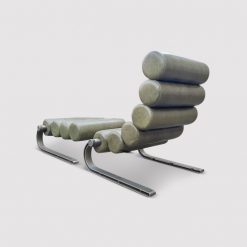 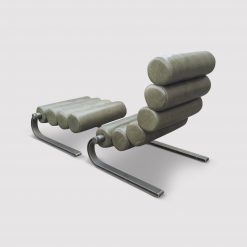 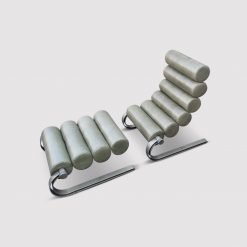 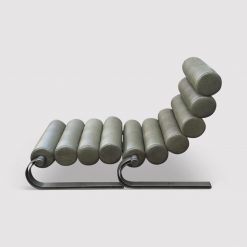 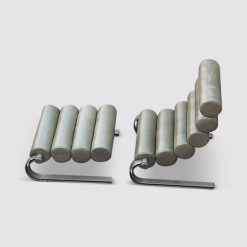 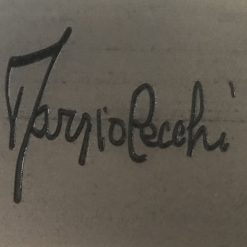 Space age, modernism, minimalism and topped with Italian flair; all seems to be bundled in this one of a kind iconic design by the late Florentine architect Marzio Cecchi (1940-1990). Marzio Cecchi was a well-renowned architect from Firenze, who created his own design studio for furniture in the 60s, called Studio Most, where he designed many iconic pieces. Many of his pieces were bespoke made-to-order pieces or outlandish designs produced in small series. Marzio Cecchi is a designer well known for its creativity in the use and combination of materials and his unique style in designing. He took inspiration from ancient Romain architecture and the likes of Leonardo Da Vinci and Michelangelo, and incorporated this in his style of Italian modernism. Items of Cecchi are well sought after in the design world, largely due to their scarcity.

After having achieved his first recognitions as a designer, he was joined by his sister who began to start the sale of furniture designed by Marzio Cecchi both in Italy and in the rest of the world. This, relying on the great design furniture exhibitions, found a large number of buyers ready to spend huge sums to grab what were considered as real design furniture, innovative and with studied and harmonious lines.

Year after year, the number of awards won grew exponentially, leading Marzio Cecchi to be considered an innovative and creative designer, promoter of the beauty associated with the functionality of the furnishings and their comfort. In addition, another element that characterized his creations was connected to the craftsmanship of the same, so much so that some of them were purchased by internationally renowned museums. Needless to say that his designs are very well appreciated in the current design space.

For the Balestra series Cecchi was inspired by the ancient craft of metal bending and the art of curvatures. The Balestra in question concerns a very rare swivel edition. Cecchi was a master in design and conceived a construction where the swivel point was positioned in front of the seat. By providing a strong counterweight by the beautifully bended steel frame, the rocking system is perfectly balanced. The entire top frame swivels up and down at the connecting point. It’s an absolute brilliant construction. The mechanical spring system inside the swivel mechanism adjusts for the weight of the person. This chair was ahead of its time, in particular in the 1960s. The chair features the characteristic rolls that are built around the frame. It’s upholstered in a dark olive green leather upholstery, in original condition. It comes with a matching ottoman with same swivel mechanism. A normal Balestra is a rarity to find but this specific chair is even more rare to come by. Although no official production numbers are known, it’s estimated that only few of these chairs have ever been produced. Both the chair and ottoman have been signed by Cecchi himself, another rarity to find.

The chair will be a perfect and eye-catching piece for any fashion, lifestyle or design photoshoot or film and rental options can be discussed for locations within Europe.

This item is also for rent, please contact us for possibilities.

The displayed price is excluding 21% VAT. For private customers in the EU, 21% VAT will be added.

The chair is in very good and fully original condition with some small patina on the leather. 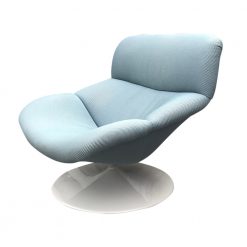 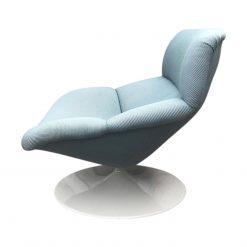 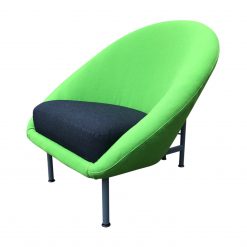 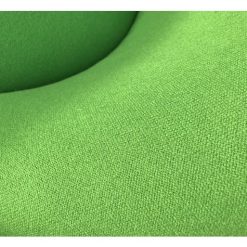 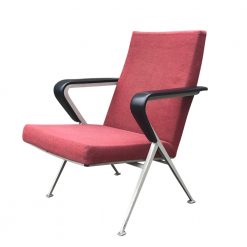 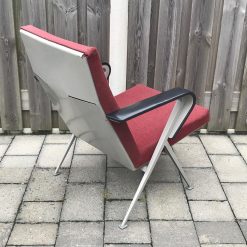 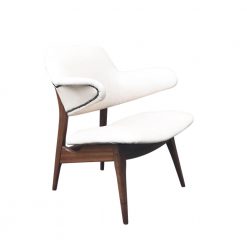 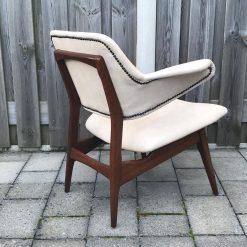 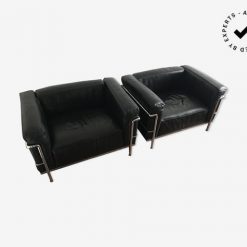 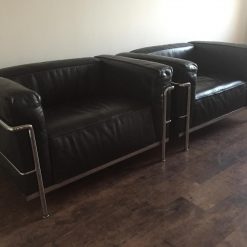 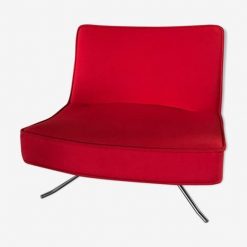 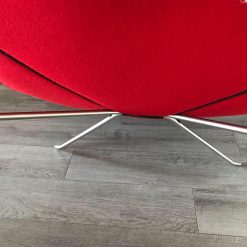 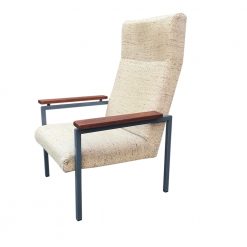 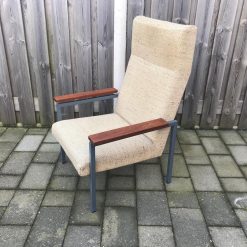 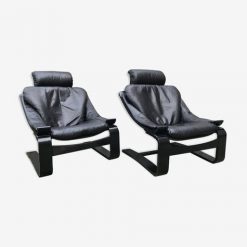 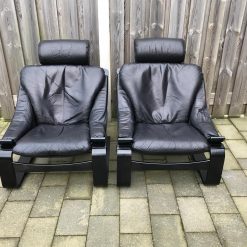